Across the history of Art Restoration, there have been methods that have fallen out of favor. Whether it be for practical changes, changes in technology or changes in taste, there are many things that leave current collections and conservators scratching their heads. One of the most interesting lies in the method of plate stapling, also known as riveting.

Plate stapling became popular in the 18th century, but examples of it have been seen as early as the first century AD.  The process included assembling the broken pieces, fitting together as precisely as possible, and holding them tightly with twine. Before the advent of the dremel and diamond drill bit so popular for glasswork, “professional menders” would loop a diamond tipped piece around a string and pull back and forth to create pinhole sized holes along the joins. A thin, rigid wire would then be cut and hammered to form a small staple. 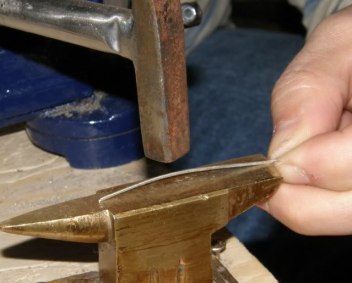 The staple was then heated, to make malleable, and inserted into the pinholes from the outside. When the staples cooled, they shrunk slightly in size, causing them to pull the pieces together, creating the perfect amount of tension.

This practice was not in any way thought to be invisible, but instead, showcased and highlighted the repair work. However, since the pieces were held together with only tension, they were often unstable as usable pieces. However, this did not decrease the practice, as it is fairly commonplace for the time period. Pieces repaired could range in value, as women, blacksmiths, and members of the royal court alike would take to the practice of repair. 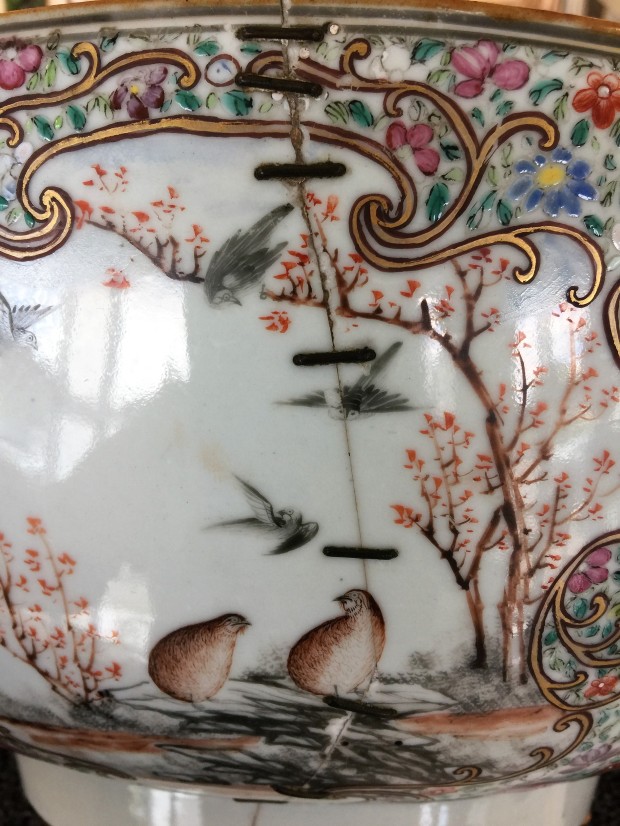 However, with the advent of modern adhesives and conservational practices, which can make most porcelain repair almost undetectable, plate stapling became less common in the 20th century. It has only been in recent years, like anything else, that it has come back into style. Over the past few years, there has been a recent appreciation for this fascinating method, as it exposes our past limitations and highlights the strides of the modern era. The pieces are now highly collectible and can be found in some of the most prestigious private and museum collections.

Check out our INSTAGRAM for projects we are working on!